Down day but off the lows 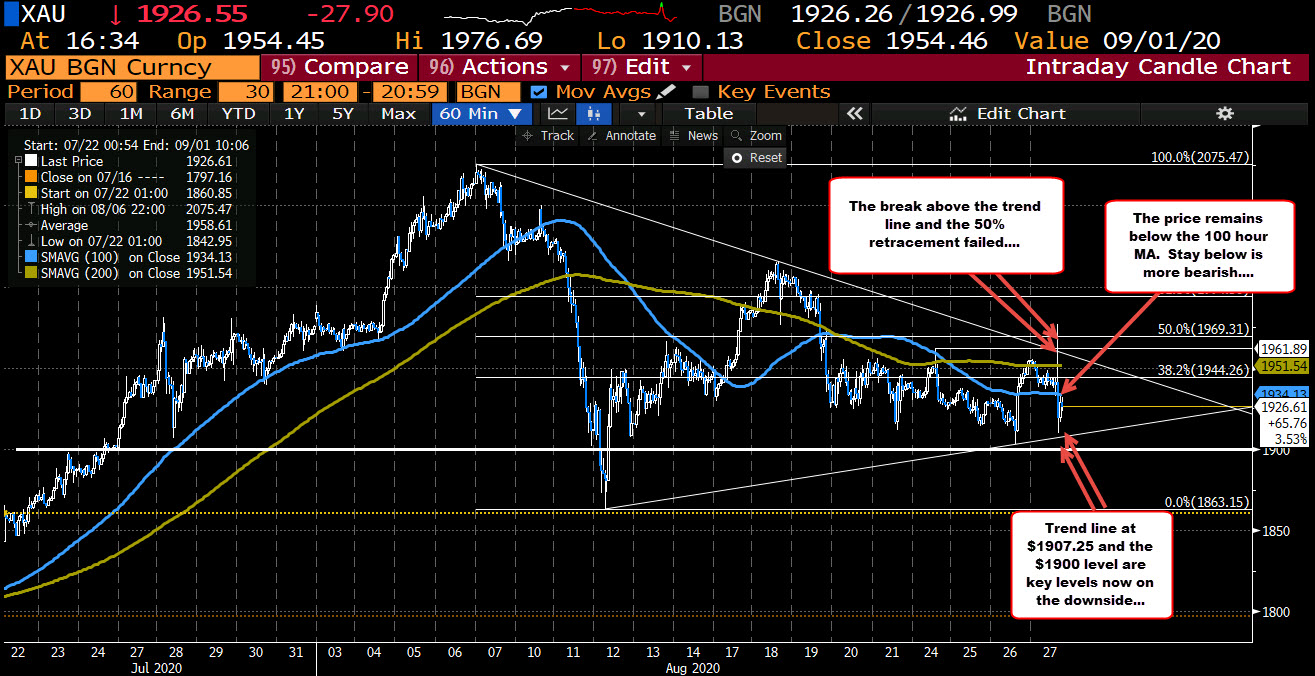 Technically, the run to the upside was able to break above a downward sloping trendline near $1961. That was also near highs from Monday’s trade at $1961.89.  The move higher continued through the 50% retracement of the move down from the August high to the August low. That level came in at $1969.31.

However those gains were reversed as yields moved higher, and the price has subsequently move down to test the lower at $1907.25. The low price reached $1910.13 before bouncing.

The last few hours have been able to stay below its 100 hour moving average at $1934.13. If the price can stay below that level, the sellers remain in control.

On the downside, there is a lower trendline at the $1907.60. That level and the $1900 level are downside support targets now for the precious metal

Outside day in Treasuries pushes yields to highest since June

USD/JPY remains in a tug of war battle today

Stocks continue to claw back the declines