Outside day in Treasuries pushes yields to highest since June 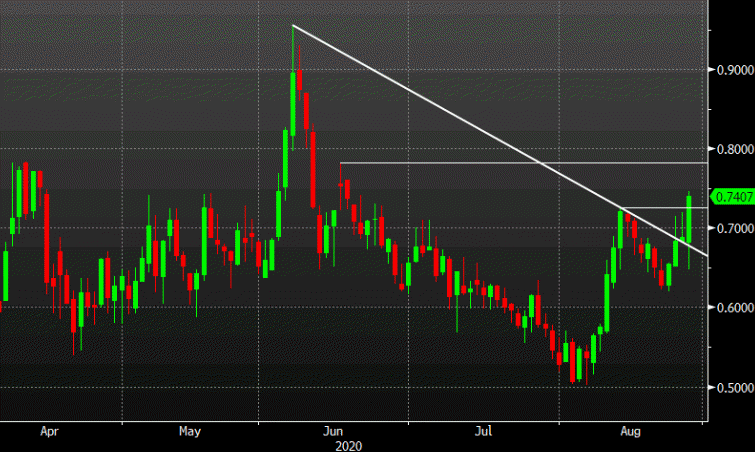 There’s a dovish take in the equity and Treasury market today in the aftermath of the Fed. Rates led the way higher and stocks are finishing with yet-another gain despite a volatile day.

Here are BMO rates strategists on the new Fed paradigm:

Our takeaway was relatively
straightforward; the Fed’s new stance allows for inflation to run high and the
unemployment rate to run lower for longer than in prior cycles. Said
differently, the Fed’s dovishness appears to be in perpetuity. While this
doesn’t strike us as new information per se, the formalization of the framework
triggered reflationary/steepening ambitions to be sure and that’s price action
we’re unwilling to fade.

If rates continue to grind higher, it’s great news for USD/JPY, which also posted an outside bullish day today.

If you look at the broader FX market, it looks more like the old ‘risk on’ trade with the yen laggin and Australian dollar leading the way.

Maybe it’s as simple as that.

Is the story today volatility, or uncertainty?