EURUSD falls away from 200 hour MA (again). Holding midpoint of move up from March 7 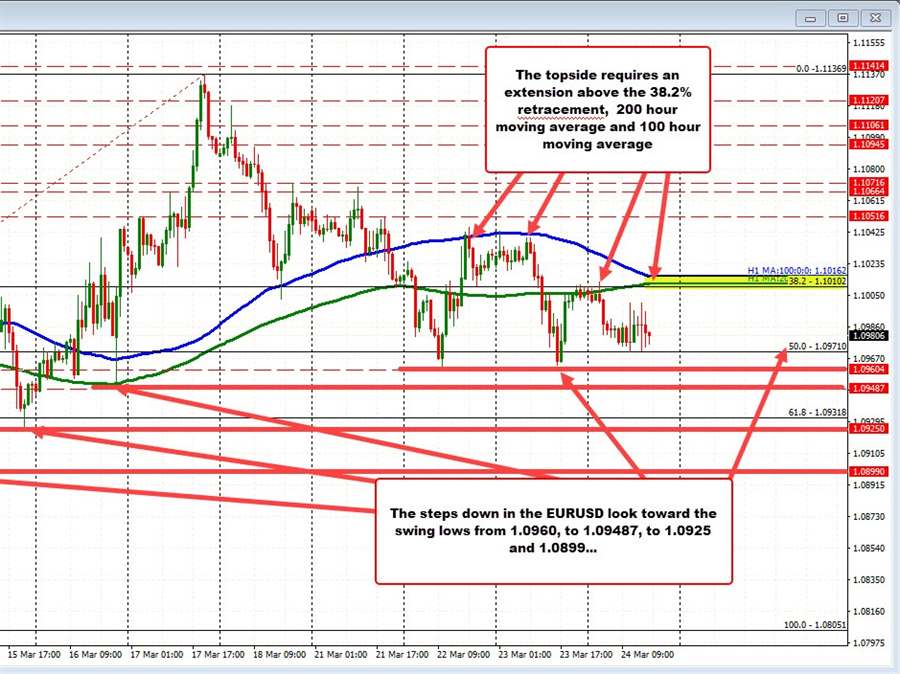 Today in the Asian session. the pair squeezed modestly above each level again to 1.1013, but quickly stalled and moved back lower.

The price moved it’s way down to the 50% midpoint of the move up from the March 7 low at 1.0971. The price has since chopped up and down between at midpoint level and 1.1000 natural level of resistance. The current price trades at 1.0978.

A move below the 50% retracement would next target the lows for the week between 1.0960 and 1.0963. Move below those levels and traders will start to target the recent swing lows that step down to:

For the week, the low to high trading range is only 110 pips (the high was on Monday. That is near the low range for the year (the lowest range was 103 pips in the first week of the trading year. There is room to roam on a break.

USDJPY gets another boost to the upside and 122 resistance is eyed.

USDCAD moves further away from its 200 day moving average

EURUSD holds below 100 hour MA but above trend line