Dollar moves to new lows for the day 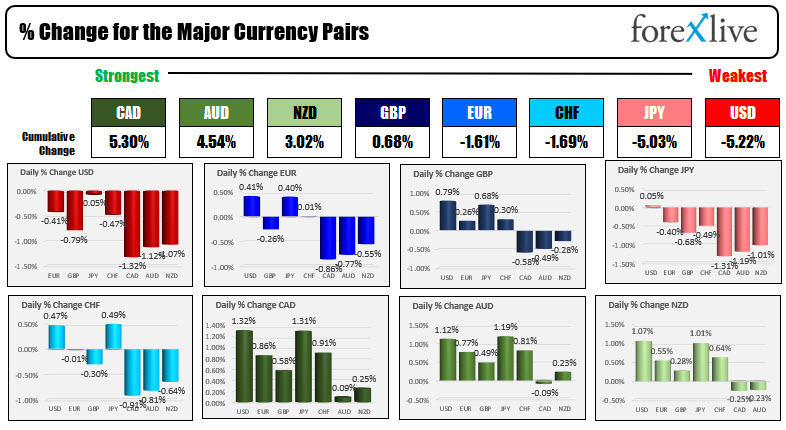 NZDUSD: The NZDUSD I just traded to a new session high of 0.68982. The 38.2% retracement of the move down from the August 11 high comes in at 0.69024.  Move above that level opens the door for further upside potential.  Earlier today, the price moved above its 100 hour moving average for the first time since August 17. That level comes in at 0.68613 and is the risk for longs now.

USDCAD's weird up and down symmetrical move

GBPUSD working on day number 11 to the upside

Major US indices end the session with mixed results