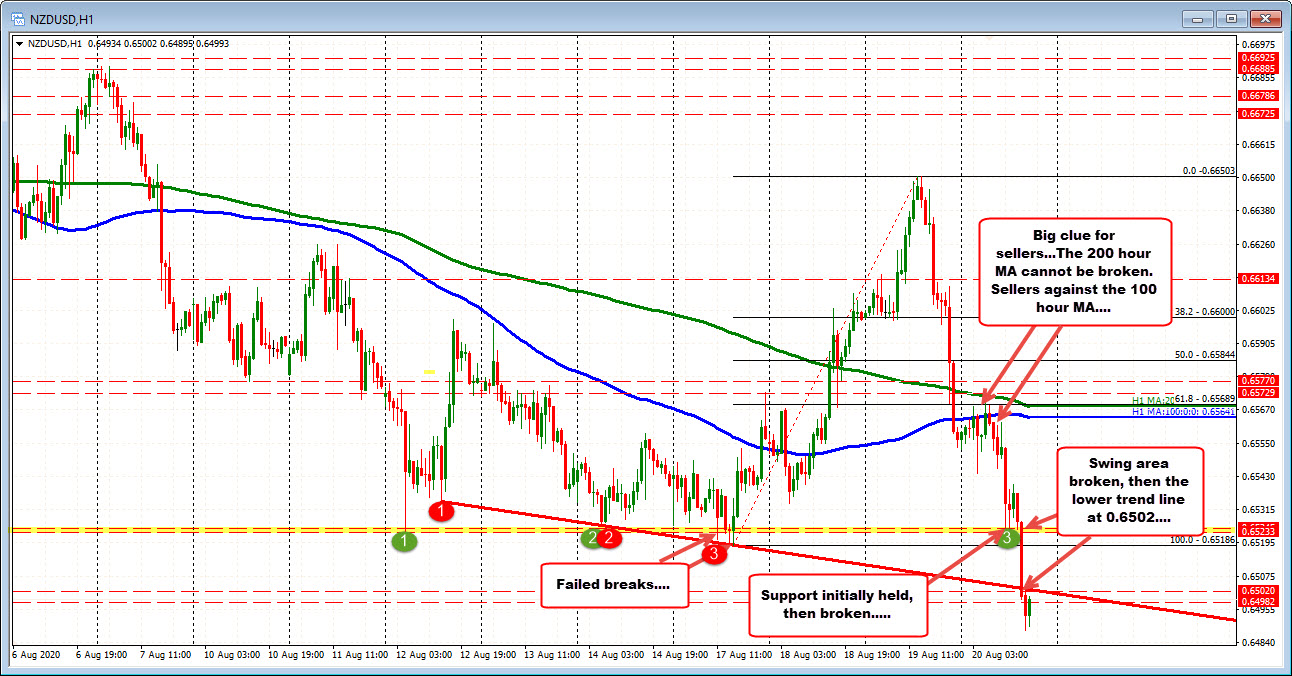 In the Asian session today, the price chopped back and forth, but the big clue for market traders was that the corrective moves to the upside were able to stay below its 200 hour moving average (green line). That gave sellers the go ahead 2 push lower and in the London/European session, the price started its run to the downside.

That fall initially found support buyers near a swing low area between 0.6523 and 0.6525. That area was broken in early New York trading today and a new wave of selling ensued. The prices now traded below a lower trendline connecting recent lows on the hourly chart above (see red numbered circles) at 0.6502 (currently).  Sellers remain in control.  Stay below that level is the most bearish. However, more conservative risk would be the low from Monday’s trade at 0.65186. Stay below that level and sellers still remain in control.

Taking a broader look at the daily chart, the price is moving down toward a lower channel trendline currently at 0.6487. The high yesterday stalled near the topside channel trendline. A swing area between 0.64996 and 0.65182 is also being tested (see yellow area). Moving below the bottom trendline and away from the yellow area would be a tilt more in the bearish direction for the pair. Holding support however and the move lower is a modest correction of the longer-term trend move.

WTI crude oil futures fall back below its 50% retracement

US stocks open lower across the board

USDJPY corrects toward the 38.2% retracement of the day’s trading range