USDJPY succumbs to the dollar selling 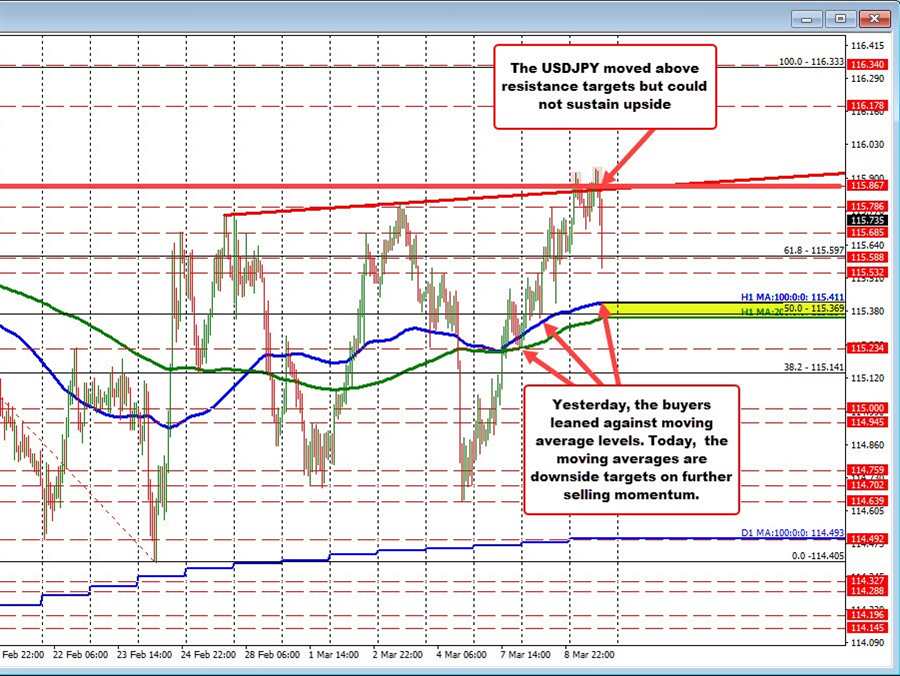 The USDJPY has succumbed to sellers over the last few hours. The dollar selling has come off of moves out of the relative safety of the US dollar. However, for the USDJPY, the declines have been tempered by rising yields. The five year is up 5.6 basis points while the 10 year is up 4.7 basis points.

Looking at the hourly chart above, the pair did move above resistance near 115.867 on two separate occasions today. That took the price into the upper extreme area that peaks at 116.33 (see red shaded area going back to February 10 and February 11). However moves above 115.867 could not be sustained and the price over the last four so hours moved lower.

NASDAQ index leads the way higher for the major indices

WTI crude oil breaks Monday's low and crashes to below $112

AUDUSD squeezes higher into the weekend. Double bottom stalls the fall this week.