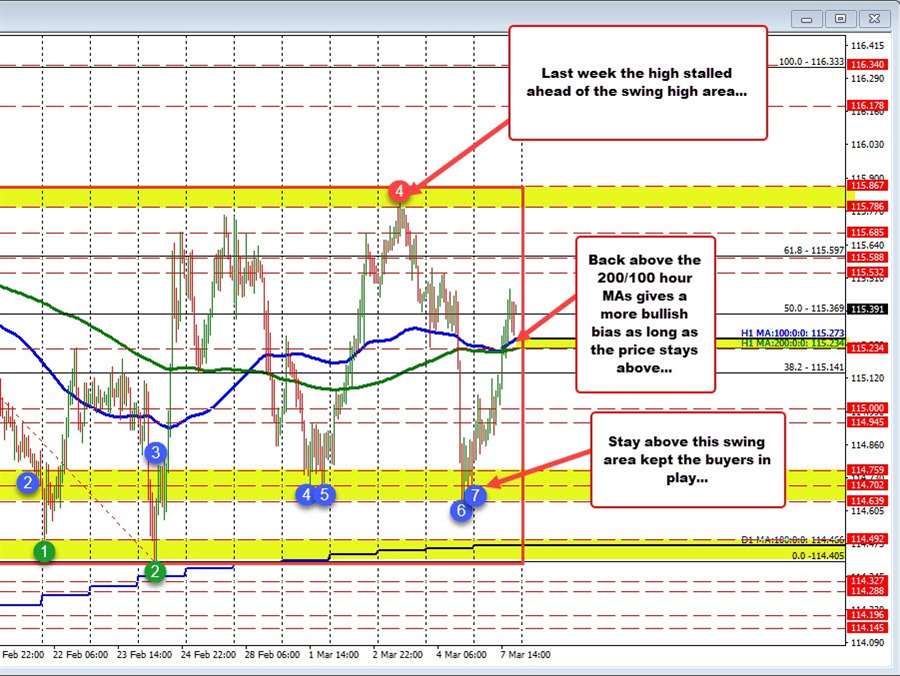 The USDJPY has seen a run back to the upside today which comes a day after racing to the downside (on Friday).

The holding above the MA, keeps the buyers more in control.

Having said that, the ups and downs have confined the pair. So the bias can swing.

The last 16 days has seen a low at 114.405 and a high at 115.867 (146 pips in over 3 weeks of trading). In between those extremes sits the MAs which are helping to define bullish and bearish around those MAs near the middle of the extremes. Although there will be a break outside the wider extremes, the pair is still stuck in the “Red Box”.

Nevertheless, today’s move above the MAs are giving the buyers more of the short term control and they will keep it until the MAs are rebroken to the downside.