The USDCAD is higher today and in the process has reached key technical resistance defined by the 50% retracement of the move down from the August 25 high on the hourly chart and the 200 hour moving average. Those levels come between 1.31134 and 1.31159. The high price moved just above that level at 1.31199 but as since backed off. We currently trade around the 1.3100 level.

Going forward, I would expect that the topside resistance technical levels would put more of a ceiling on the pair intraday at least. A move back below the 1.3100 level could see a rotation toward the broken 38.2% retracement 1.3087.

All bets are off if the price does move back above the 50% retracement. 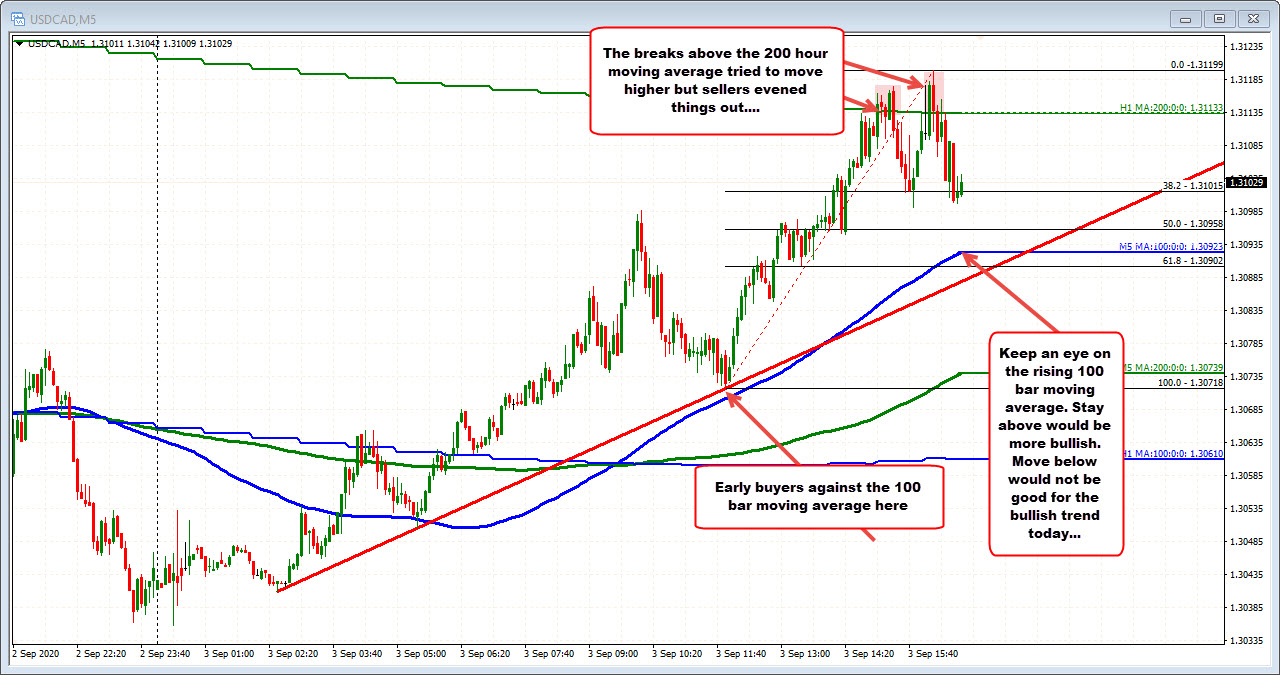 USD/JPY to stay supported at 106.00 ahead of US jobs report

EUR/USD in a pre-NFP lull, what levels to look out for later in the day?

Cable falls below 1.3800 as pound struggles to find a footing