USDCAD runs above 100 hour MA as oil takes a tumble 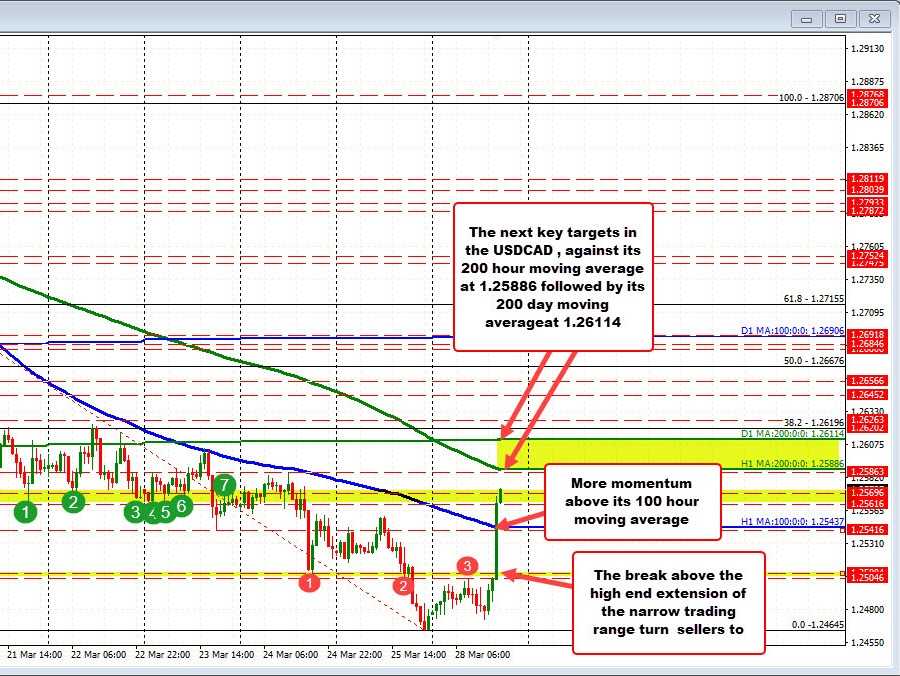 The pair to the upside has been helped by tumbling oil prices. The price of crude oil is trading at $105.39. That’s down about $8.45 on the day.

Looking at the hourly chart today, the price tried to initially move above the Thursday low at 1.2508. Recall that on Friday, the price traded above and below that level for a couple hours before breaking below, and increasing the momentum to the downside on its way to the session low at 1.24645 (lowest level since January 20).

However, in the last hour, the price was finally able to move above that old low, and saw buyers turn to sellers, extending the trading range from its low levels in the process (the average trading range over the last 22 days has been 97 pips. So there was room to roam).

NZDUSD corrects 38.2% of the move higher. Finds buyers on the first test.

S&P moved above the 100 day MA today but backed off. Is it signaling a top?