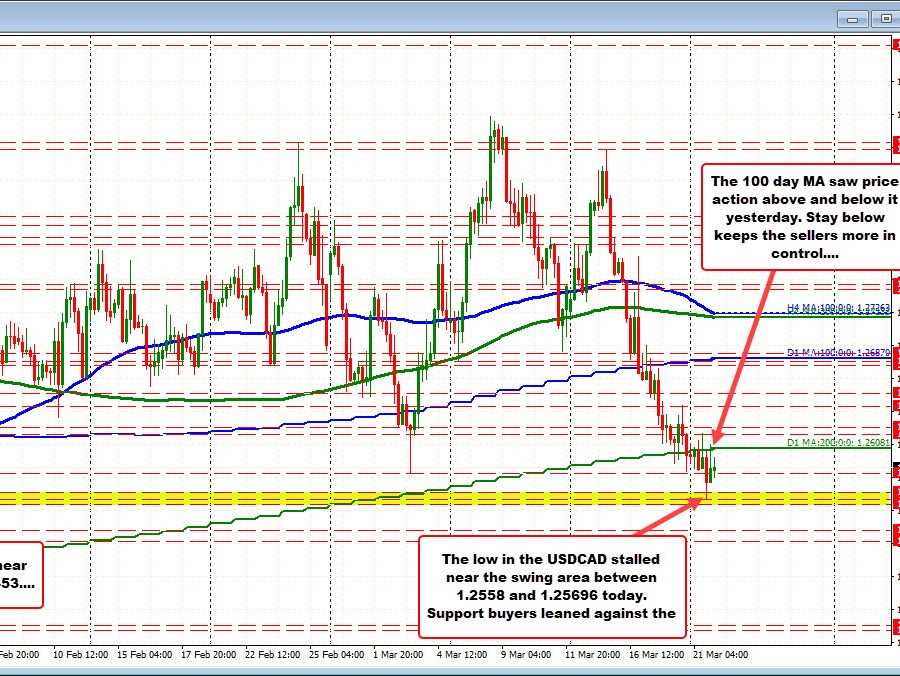 The price closed below the moving average level at 1.25899. Stay below keeps the sellers more control.

On the downside, the low price from yesterday did find some support near a key swing area between 1.2558 and 1.25696.

The price held (see red numbered circle 5 in the chart above) has not been back to that area since today. Buyers leaned against the area and pushed the price off of that level.

Going forward, that the swing area – if broken – would send the price back into the extreme lows seen from mid-January between 1.25696 and 1.24482. The lower extreme had three separate lows between 1.2448 and 1.24535 and as such, remains a key level to get to and through on more weakness.

What would hurt the downside momentum?

USD/CAD climbs for the fourth straight day as oil struggles