Low today stalled ahead of the low from last week

The USDCAD moved lower and away from its 100 hour moving average in the Asian session. In the run down, the price bottomed in the early North American session at 1.31339. That was just above the low from last week at 1.31324. The inability to move below that low has led to a 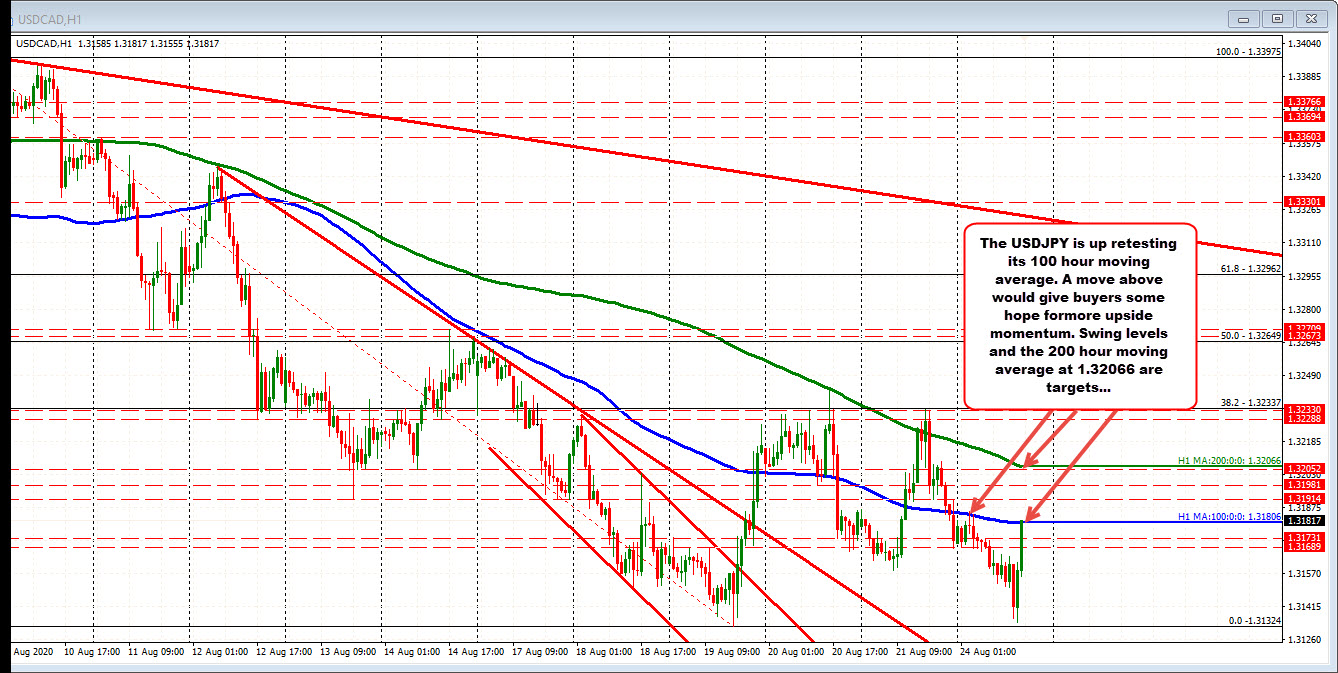 Buyers are making a play. Can they keep the momentum going?

It's an up day for the GBPUSD (but range is relatively modest so far).

NASDAQ gives up gains. Dow down now over 300 points