USD/CAD is one for the chart books at the moment as the pair completely retraces the move from Thursday/Friday. 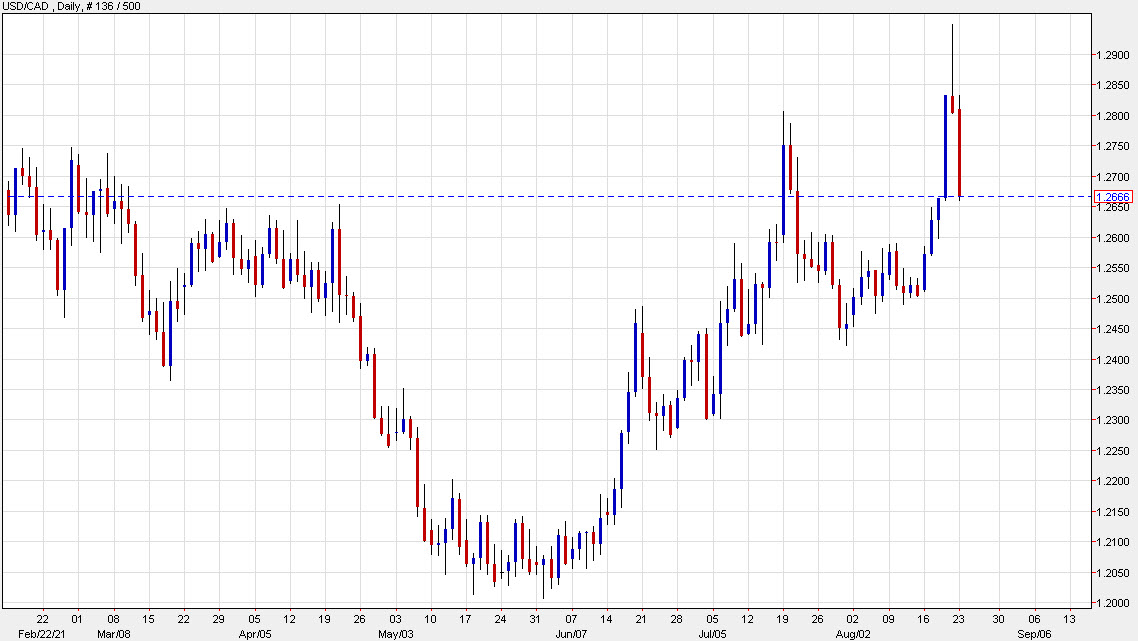 This pair really took the brunt of the move last week even though it was New Zealand and Australia that were hit with covid worries (Canadian cases are rising but remain low).

Oil was obviously part of the story but even at $62 oil, it’s not that big of a factor for Canada. Natural gas and other commodity prices remain high.

Last week’s move reeked of Canadian dollar panic selling. Positioning data showed loonie longs were a popular spot on the reflation trade and the persistent USD bid last week combined with global growth worries and a technical break above 1.28 caused a cascading run on stops. Canadian election uncertainty may have also added to the mood, though I’d argue that a fresh Liberal minority (status quo) is the best possible outcome for the loonie and polls are pointing in that direction.

As for what’s next, today’s close should offer some clues. A fall below Thursday’s open of 1.2365 would be bearish. Even with that though, there’s plenty of work to do to erase the recent run, which started at 1.2500.

USDCHF and USDJPY rushes to the downside

USDJPY has no problem, breaking through resistance

New highs for the NZDUSD. Price runs from 200 day MA