The USD is mixed

As the North American session gets underway, the NZD is the runaway strongest of the major currencies while the GBP and CHF battle it out for the weakest of the major currencies.  The USD is mixed with modest gains vs. the GBP and CHF  and declines vs. NZD, AUD, JPY and CAD.  The dollars little change verse the EUR.  The Dems and GOP are looking to compromise with a “skinny bill” somewhere the near the middle of the chasm they’ve created.  FOMC meeting minutes will be released later with the market looking for any shifts in Fed thinking. The S&P and NASDAQ closed at record levels yesterday and will be looking to extend on those gains (arly indications are for a marginally higher opening). Pres. Trump postponed talks with China.  Brexit talks stalled. 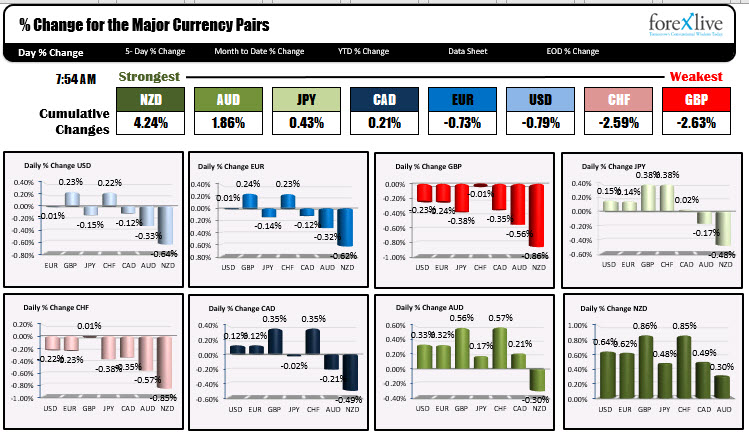 The ranges and changes are modest. The GBPUSD leads the way with the 72 pip range with the price failing to keep the run to the upside going. Today the pair reached the highest level for the year on January 2 at 1.32656 (Bloomberg has a high on January 1 at 1.3278). The high price today reached 1.32665 and reversed back lower.  The EURUSD has given up it’s gains and trades just above its unchanged level for the day.  The USDCHF has spike higher and looks to test its 100 hour moving average at 0.90699. It’s high price reached 0.90662 just a a few pips off that key moving average target.  The AUDUSD and NZDUSD have spent most of their day’s moving to the upside. The AUDUSD move to the highest level since February 2019. The NZDUSD is of for the 3rd consecutive day. 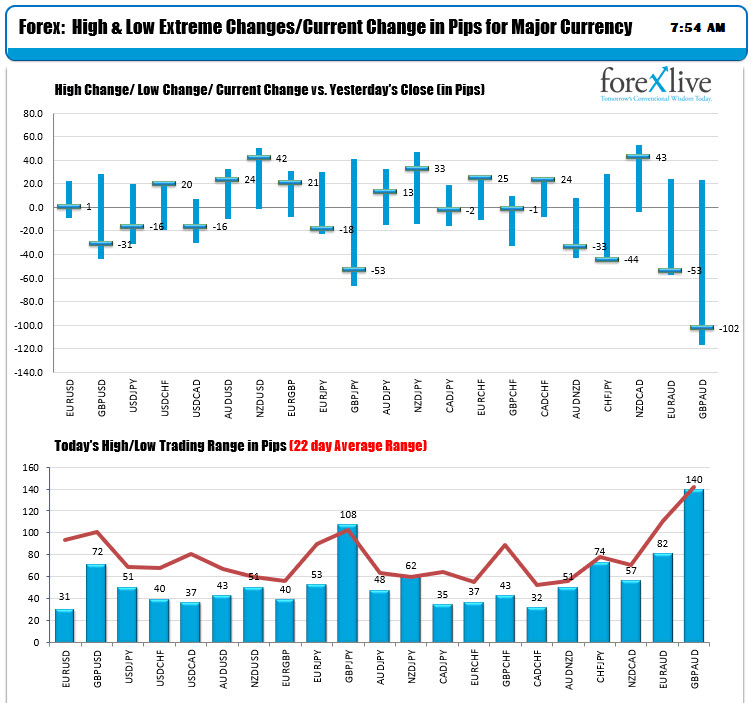 in the premarket for US stocks, the futures are now implying a mixed opening:

The European indices are trading higher after reversing gains yesterday and closing lower:

the US yields are down with the yield curve flattening between 2-10s by about a pip and a 1/4. The US treasury will auction off 20 year notes today:

AUDUSD backs off from highest level since February 2019