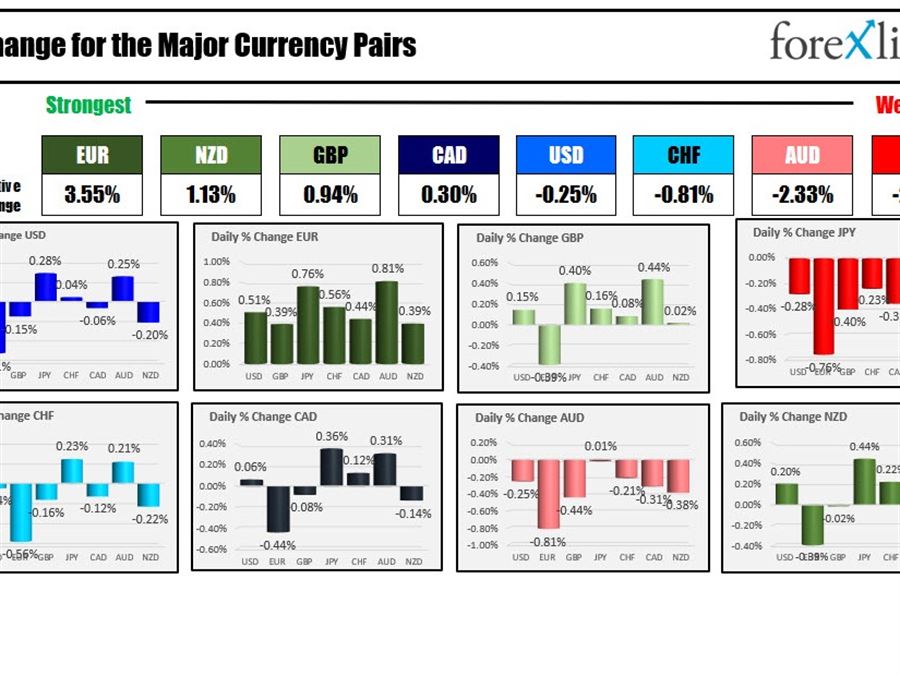 As the North American session begins, the EUR is the strongest of the majors while the JPY is the weakest. The EUR is finding some relief from the recent selling (although yesterday was mixed). The CHF was the weakest of the majors as the SNB rattled traders markets with intervention risk. The EURCHF traded below the parity level yesterday before rebounding back higher. The EURCHF is trading near 1.0100 in early NA trading today. The USD is mixed with gains vs the JPY, CHF, AUD and declines vs the EUR, GBP, CAD and NZD.

The gyrations in the other market continued overnight with nickel prices reaching close to $100,000/tonne. The LME suspended trading and also announced that all nickel trades executed on or after 00:00 GMT in the inter-office market and on LMESelect. Nickel is used in EV market and with the drive for increased production, the expectations is there will not enough nickel to satisfy that expected demand. If you can source it, the cost today is a multiple of what it was last week (up 250% in the last 2 days). Tesla uses about 45 Kilograms of nickel per car.

In the oil market, the EU plans on submitting a plan that would cut imports of Russian oil within a year. In the US, they are looking to propose a bill that would stop Russian imports. The US is less reliant on Russian oil. Also in the US, the Chevron and Exxon are boosting oil production at the Permian Basin field (but with a giant caveat). The increased supply does not come close to the lost Russian oil in the global market, however. Venezuala’s Madura said talks with the US on oil were polite and constructive (for more background).

IN Ukraine, the humanitarian corridor for Ukrainian citizens was supposed to be open today, but there are reports that some of those roads to freedom have been blocked nevertheless.

Wheat traded off limit-up after 6 days of limit-up days, and two days of no trading (locked limit).

US and European yields are higher following inflation. US stocks are mixed (Nasdaq trades above and below unchanged now).

A snap shot of the markets are showing:

In the premarket for US stocks, the major indices are mixed after yesterday’s sharp declines

In the European stock market the major indices are rebounding

In the US debt market the yields are higher across the curve as inflation worries rattle the markets.

IN the European 10 year debt market, the yields are mostly higher as well

EUR/USD hovers around 1.1900 to start the day, what levels to look out for?