Silver moves up and down but holds support on the dip today.

200 hour MA and trend line stalled the fall. Keeps the buyers in control. 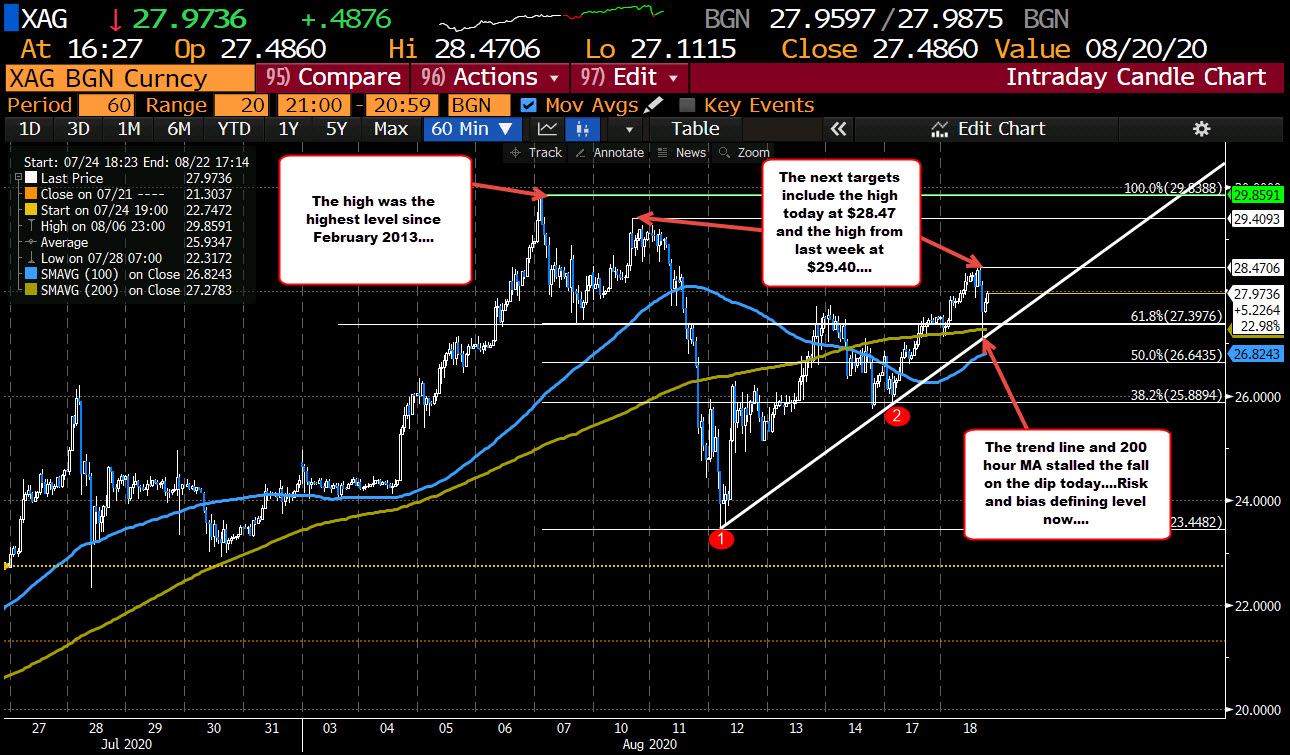 The bounce off that level (and move back above the 200 hour moving average) keeps the buyers more in control. It also solidifies the moving average and trend line as support/risk defining/bias defining level. Stay above and the buyers remain in control. Move below and we should see further selling. 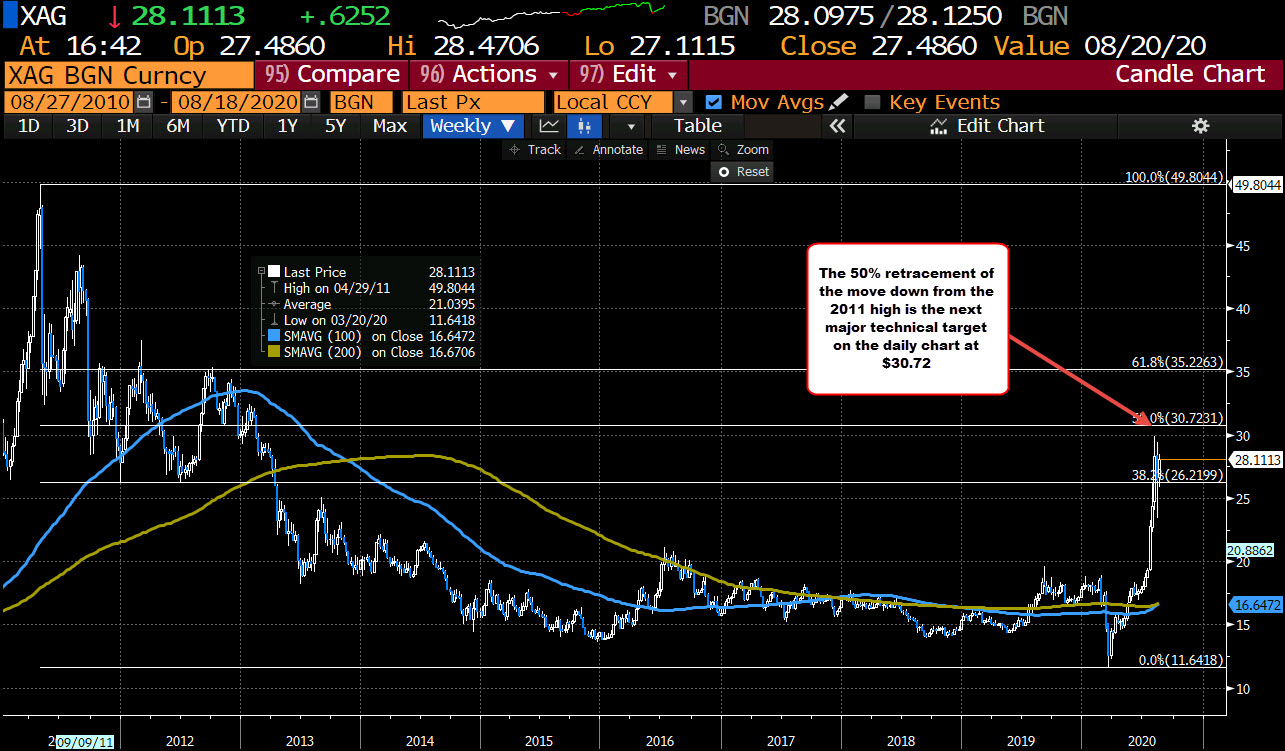 GBPUSD inches up to retest the highs

NASDAQ making new session highs. S&P recouping and trades back near it's all -time high

Gold is now higher on the week, climbing $80 from the weekly low. What’s next