NZDUSD consolidates the declines. Wanders lower during the week.

The NZDUSD moved lower in the European session an in the process moved to a new week low. The floor from Wednesday and Thursday was at 0.5878. That is now resistance (close risk for shorts).   The high since the break has reached 0.58751 – just below that level. 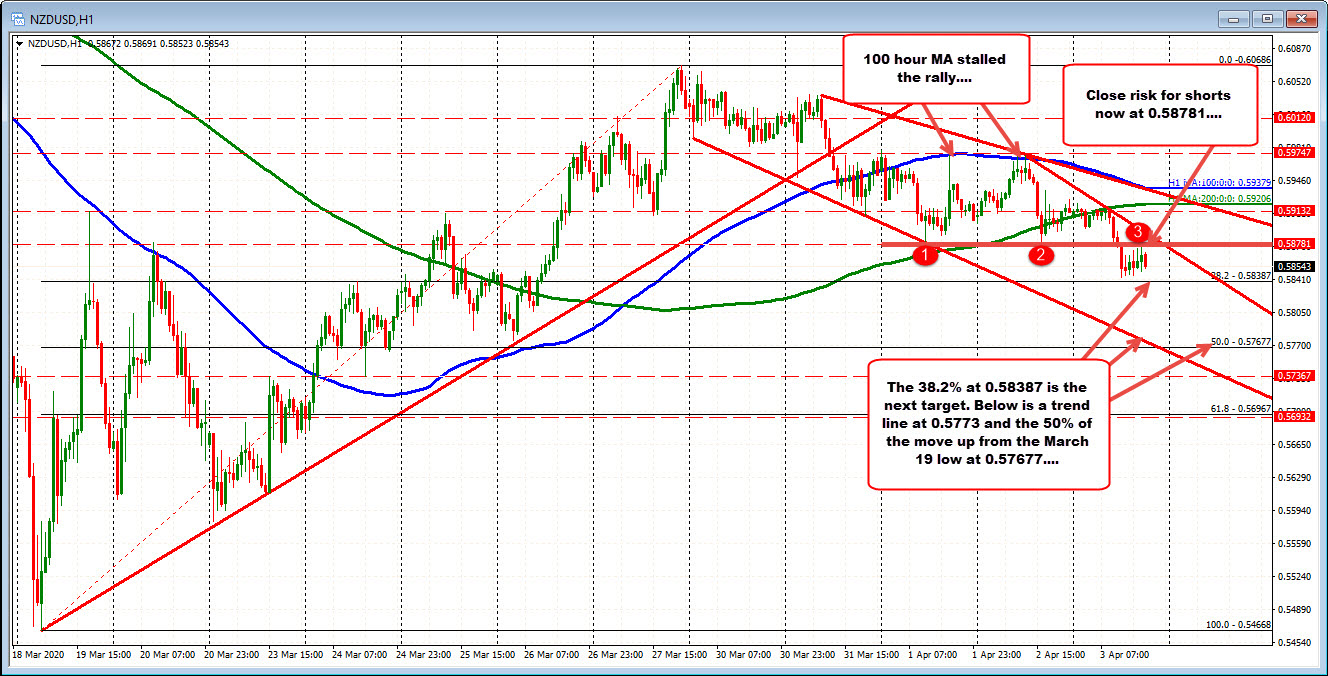 Today, the 200 hour moving average (green line) was a ceiling and helped give confidence to the sellers. That moving average is currently at 0.59206. Stay below is more bearish.

CNN polls show Biden up in NC and Wisconsin