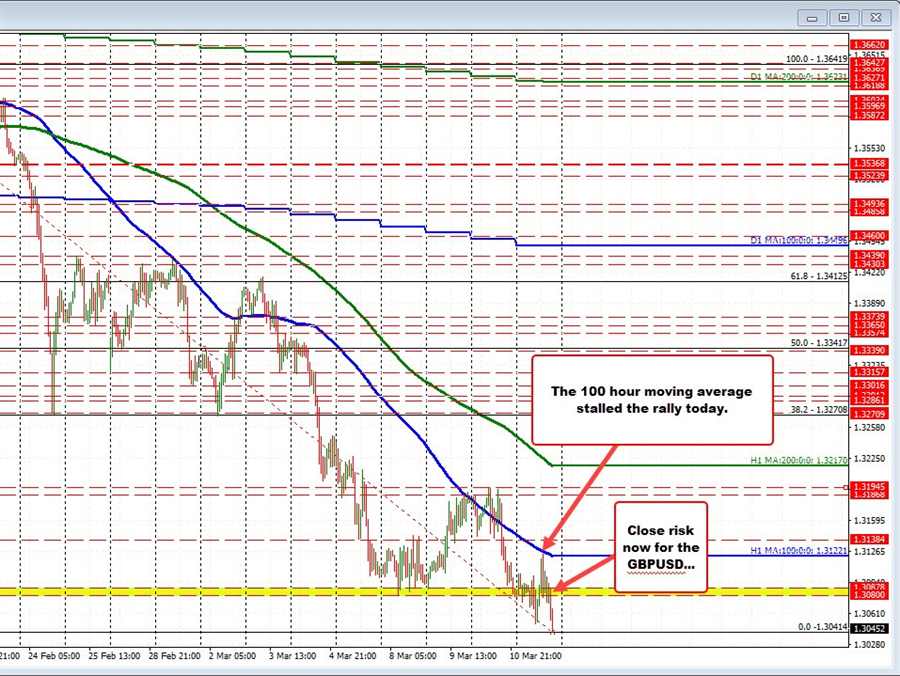 As London/Europe traders hit the pubs and the trains, the USD is reaching to new highs vs all the major currencies with the exception of the CAD (the CAD has been supported by better employment data today).

The GBPUSD is trading to a new low going back to November 2020 extending below the earlier low at 1.3050 in the process. The low just reached 1.30415. The road to the downside today was paved when the pair stalled against its 100 hour moving average on the corrective move higher. Moving back below a swing area between 1.3080 and 1.30878, gave the sellers more ammunition to push lower. The price is now breaking through the earlier session low at adding to the negative bias.

Until then, the trend is your friend.

US stocks open higher but off premarket implied levels

EURUSD looks to dip below its 100 hour moving average