The move back above $2k was short lived.

Yesterday, the price of gold moved above the $2000 level again (welll it traded above and below the level but closed above the $2000 level).  Today, the rise in the USD has pressured the precious metal and moved the price back below that key level for good (or at least for the day).  The less accommodative FOMC minutes have also contributed to will even higher dollar and lower gold prices. 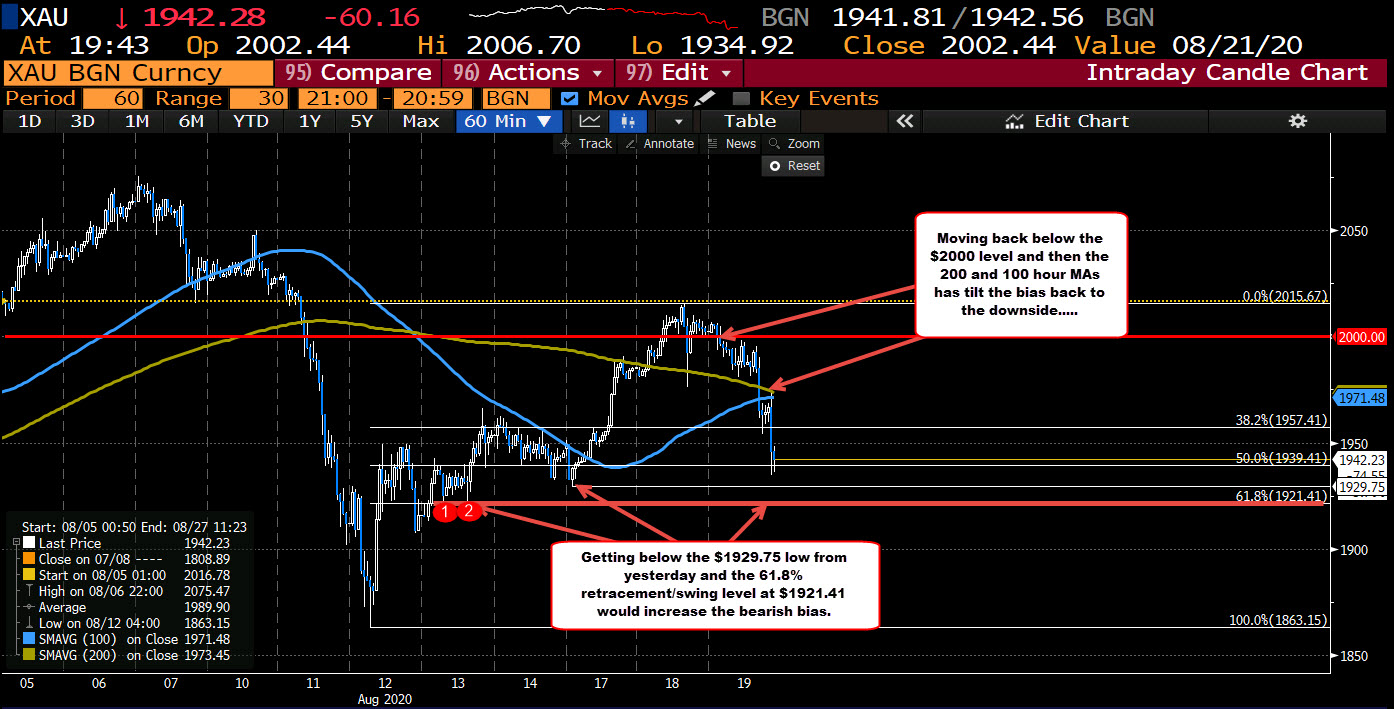 Technically, the price also fell back below the 200 and 100 hour MAs (green and blue lines at $1973.45 and $1971.48 respectively).  The pair retested that level in the last hourly bar, but found sellers.  The price moved even lower to new session lows.

The failure to stay above the $2000 level and then the 100 and 200 hour moving averages has tilted the bias more to the downside.  Stay below going forward and sellers have more control at least in the short-term.

On the downside, the low from yesterday at $1929.75 followed by the 61.8% retracement at $1921.41 are the next downward targets a move below those levels would solicit more selling potential. The low price from last week reached $1863.15.

NASDAQ index starts to eat into the gap from February