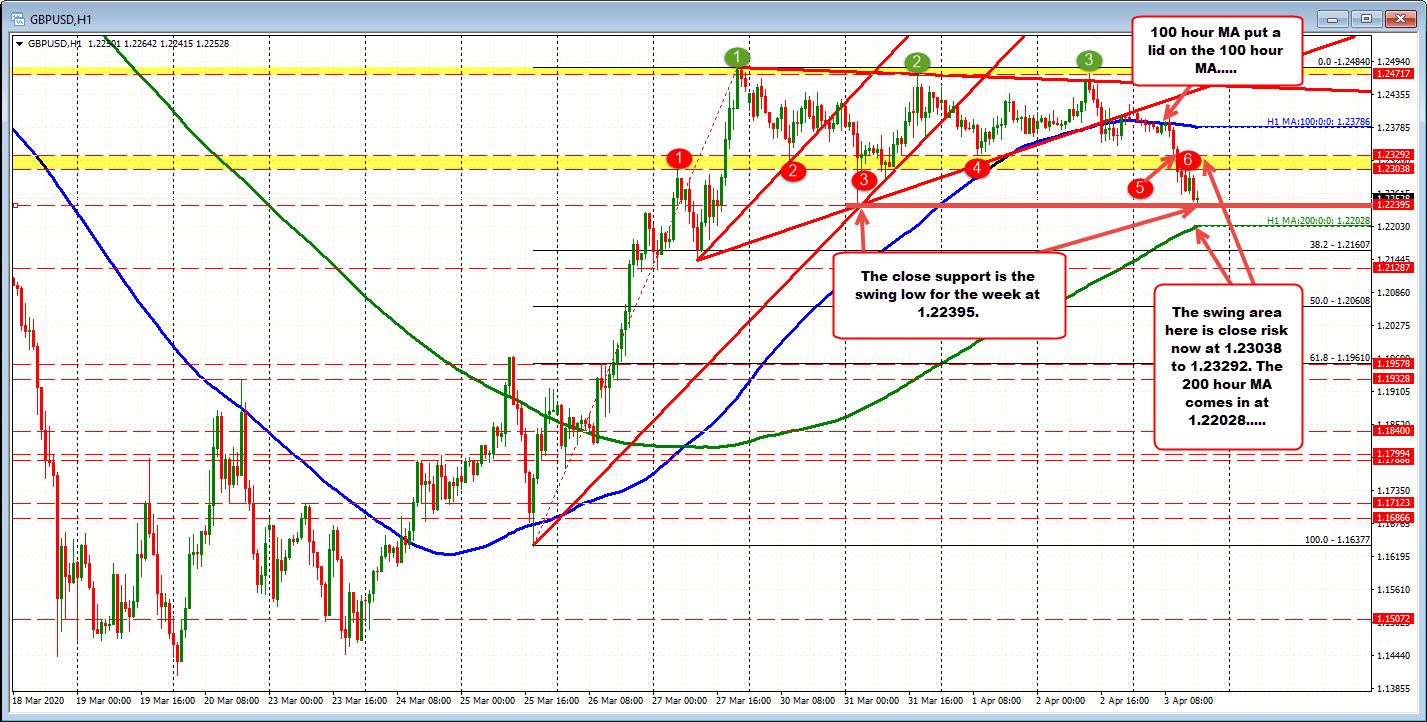 In the Asian session, the price moved below its 100 hour moving average at 1.23786 currently (see blue line in the chart). The price action into the European session found sellers near that level (putting a lid on the pair).  During the European session, sellers took over and push the price below a swing area at 1.2303-298.  That area is a close risk level now.

Taking a broader look at the daily chart below, the broken 38.2% retracement of the move down from the December 2019 high comes in at 1.22126. That level and the swing lows from October at 1.21945 will be downside support targets. Note that this week, the 50% retracement of that same move could not sustain any of the moves above that level at 1.24611. That was worrisome for the bullish momentum, and contributed to the tilt lower. 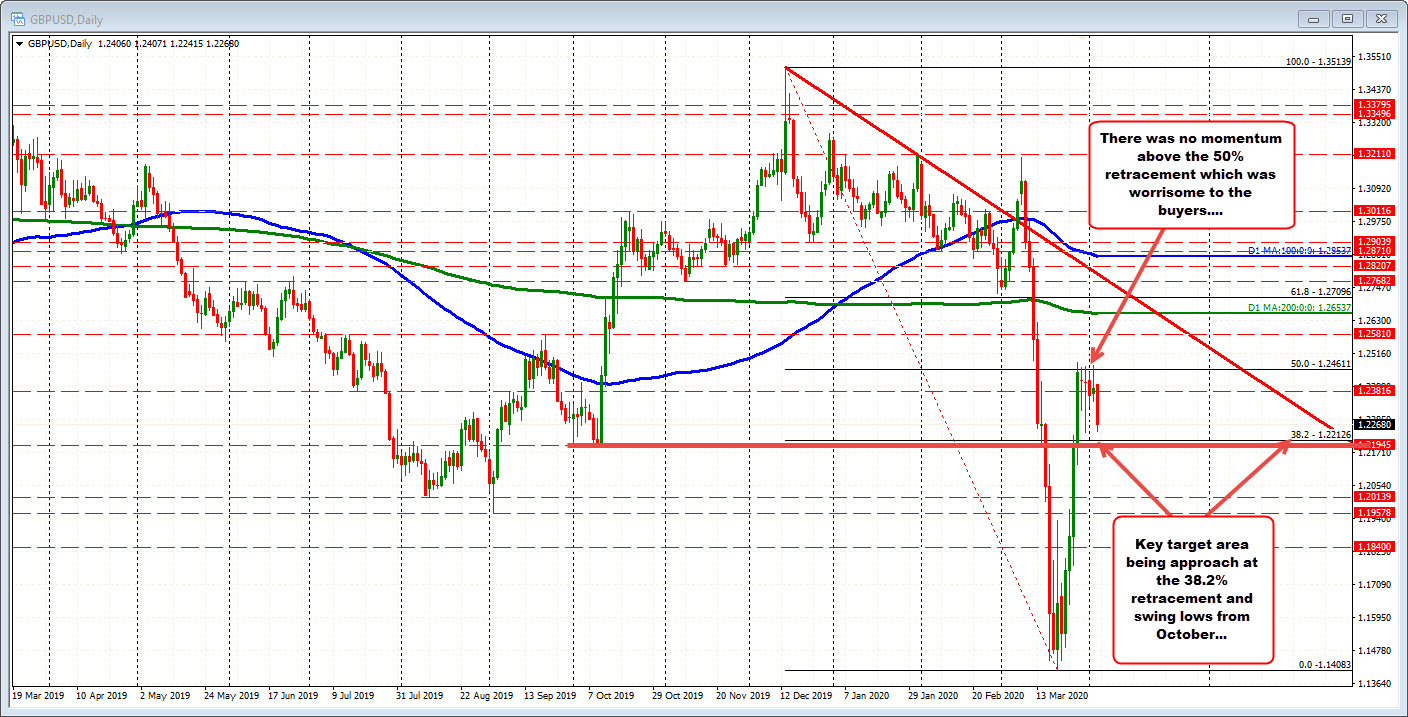 EURUSD lower on the day. Digesting the jobs report.

GBPUSD steps higher and toward ceiling

USDJPY falls below the 100 day MA