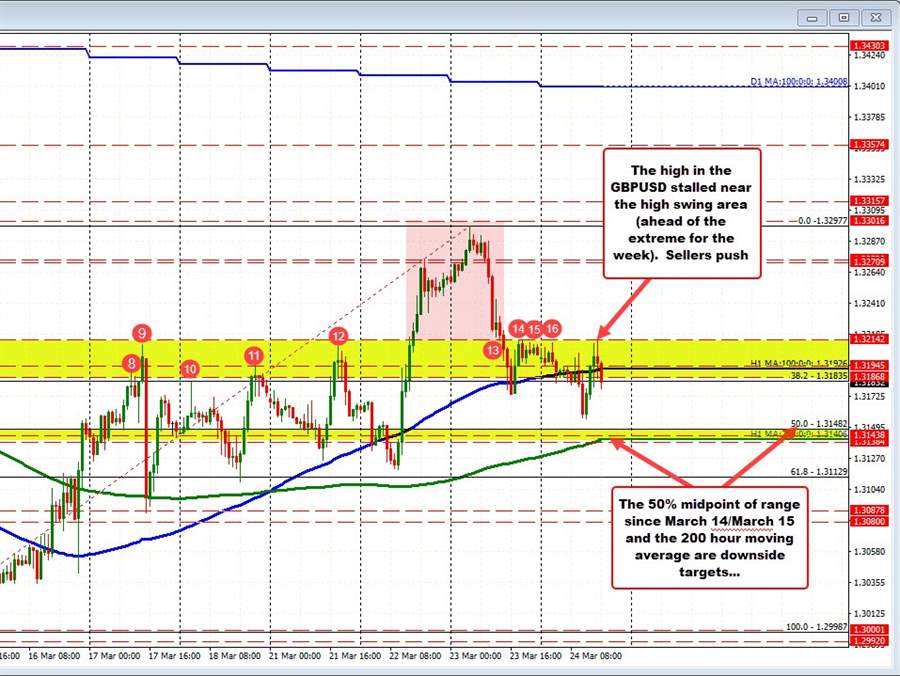 The inability to move above the topside swing area, kept the price away from entering the extreme area took the price all the way up to 1.32977 just short of the natural resistance at 1.3300.

Reestablishing resistance both yesterday and today at 1.32142, keeps the tilt more in favor of the sellers in suggests the run higher on Tuesday and into Wednesday was in shaky bullish hands. They made a run, but they ultimately failed.

Although, the price action in the GBPUSD has developed that ceiling, the pair has still waffled up and down and traded above and below its 100 hour moving average at 1.31926 today.

The sellers did push to the downside and stayed below that moving average line in the early London session, but could not keep the momentum going toward the 50% of the range since the March 14 low at 1.31482, or the rising 200 hour moving average 1.31406 (green line in the chart above). Those levels are the next targets.

USDJPY trades at highest level since December 18, 2015 and enters into a new swing area