GBPJPY moves into a key upside swing area and backs off 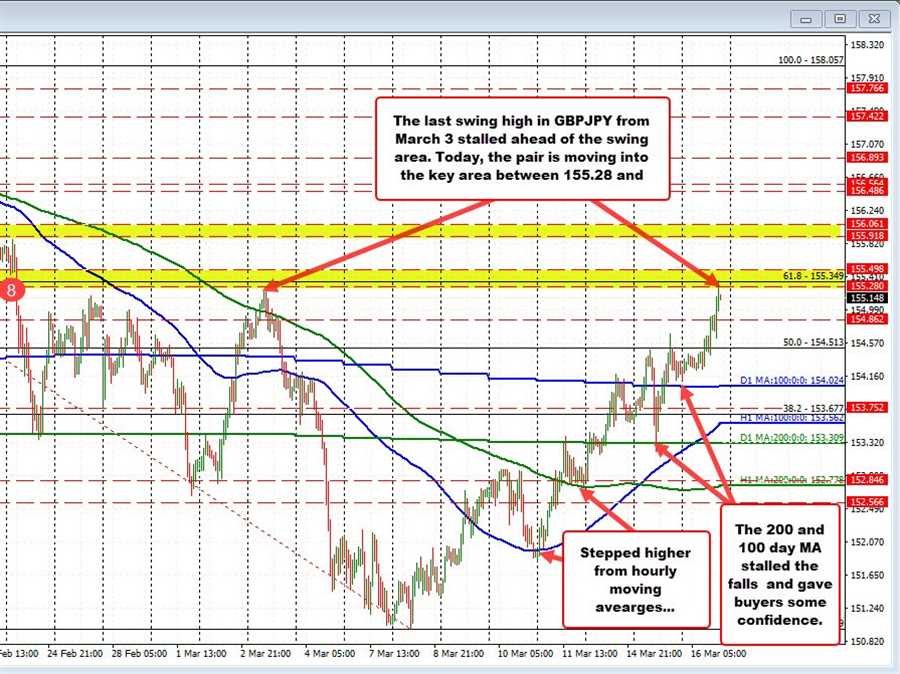 The GBPJPY has been stepping higher since bottoming on a March 8 near 150.969.

That hold gave the buyers the go-ahead to push higher on Monday and Tuesday and into today’s trading as well. There was a correction yesterday after the break of the 100 day moving average failed, but dip buyers near the 200 day moving average came in and pushed the price back to the upside in what was a up and down trading day.

The current price is off the swing area. A move below the high from yesterday at 154.68 would be a negative followed by a move below the 50% midpoint at 154.13. Get below each and sellers near the swing area are breathing easier. Absent that the battle remains with the aforementioned a swing area above as the key level to get to and through.

GBPUSD takes one technical step higher, but stalls ahead of the next step

US stocks are rebounding | Forexlive