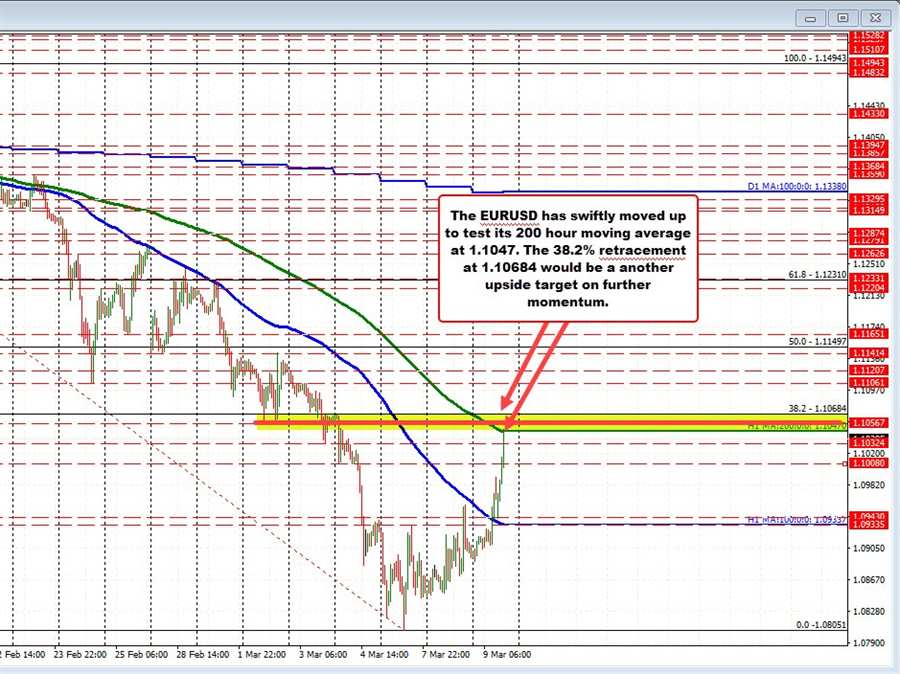 The EURUSD has continued its run to the upside over the last four or so hours after breaking above its 100 hour moving average, correcting back down toward it and finding support buyers at 1.0943. The price has since moved up to test the 200 hour moving average at 1.1047 (gain of 53 pips off the last support). See earlier post here.

Sellers have initially leaned against the 200 hour moving average level as risk can be defined and limited. A break above would likely see stops being triggered and more upside momentum with the 38.2% retracement of the move down from the February 10 high at 1.10684 as the next key resistance target.

The price has not traded above its 200 hour moving average since February 23.

On the downside, a move back below 1.1032 and then 1.1008 would disappoint the buyers looking for more upside momentum. Those levels corresponded with swing low from March 3 and a intraday swing low on March 4.

EURUSD rebounds back into swing area on the daily chart

S&P index trades at 4500 for the first time ever