The high yield from last week stalled near the 38.2% retracement of the move down from the April swing high 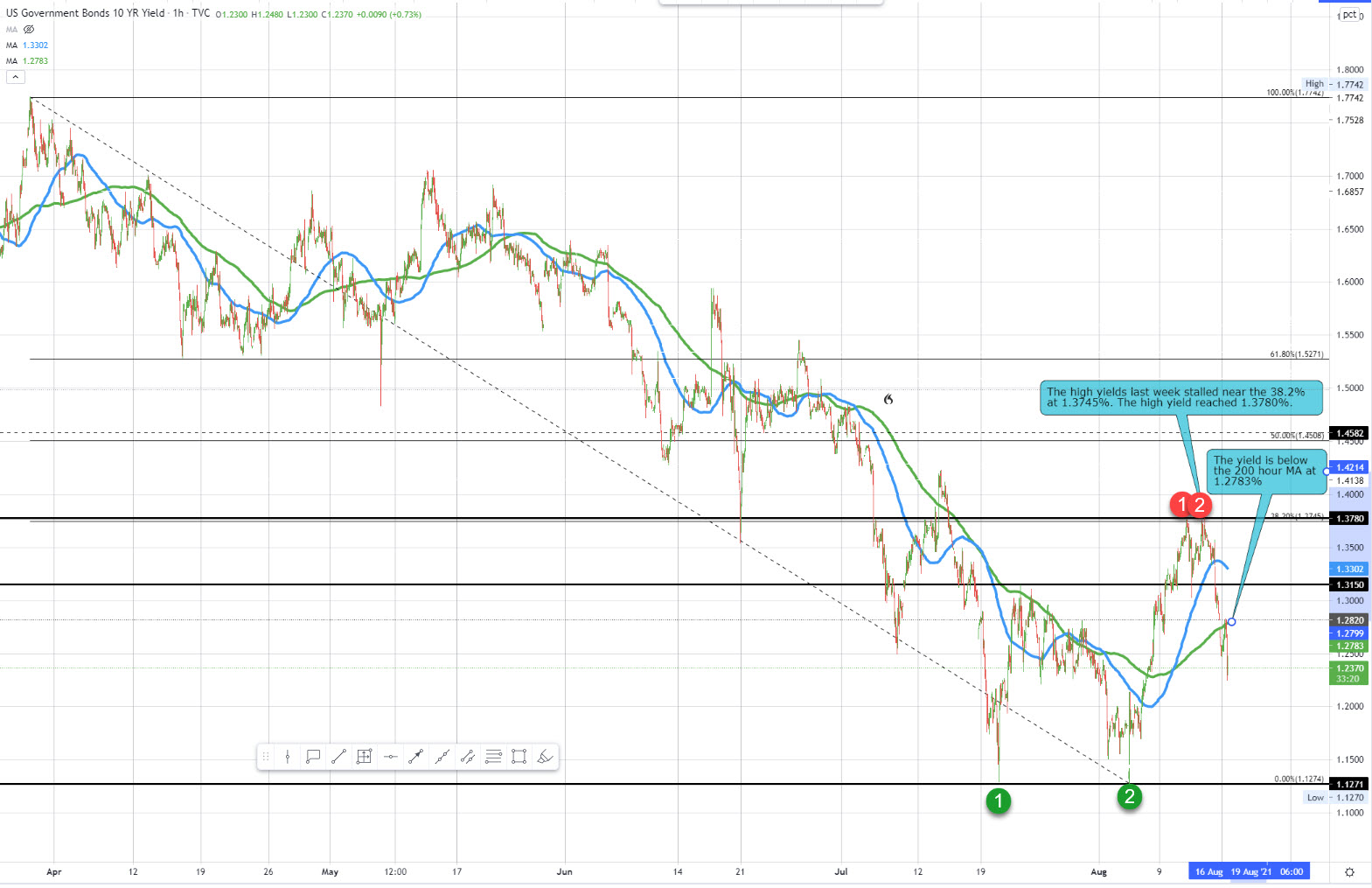 The move to the downside has been helped by weaker Empire manufacturing data, concerns about Covid/lower global growth, as well as a flight to safety after the retaking of Afghanistan by the Taliban over the weekend.

Technically, the price highs last week stalled near the 38.2% retracement of the move down from the April high. That level came in at 1.3745% the high price reached 1.3780% (twice) before moving down sharply on Friday after the much weaker than expected Michigan consumer sentiment.

While the highs from last week formed a double top near 1.3780%, the lows for the cycle in the 10 year yield has also formed a double bottom near 1.1274%. That lower yield floor is the downside target as long as the price can remain below its 200 hour moving average.

USDCAD moves to a new high

The EURGBP moves back above the 200 hour MA/swing area